The team has played five matches ( W2, L2, D1) which they find hard to secure a win. Their last match was a draw and has scored goals in their last four games. 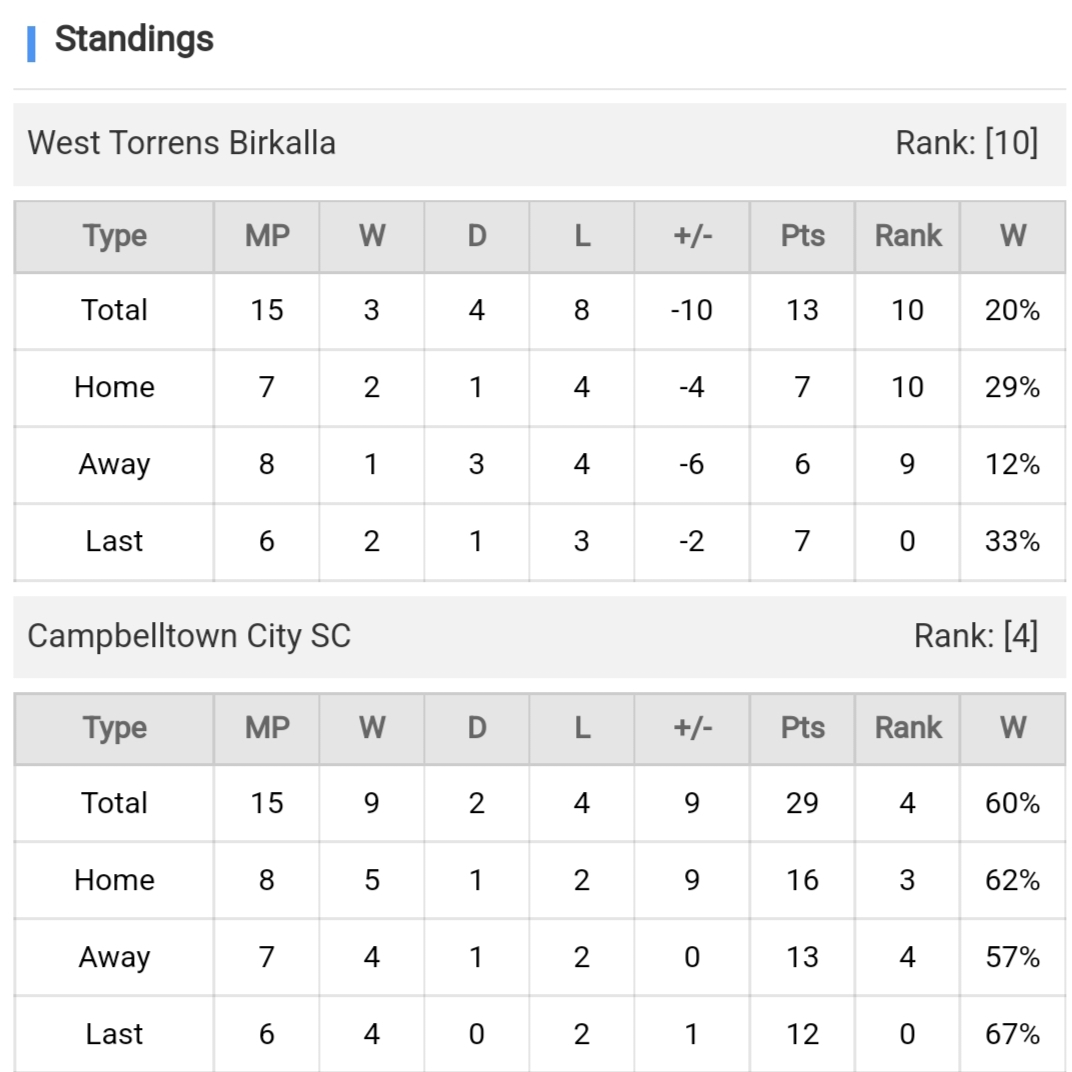 4th at the table and has been through three defeats in their last five matches which brought them down the table. Their current form now shows good performance as they have won two straight matches.

The city is at its best to see through the win but West is not going to make it easy for them, which goals will come from both teams.

Football FFSA Premier League Campbelltown City SC West Torrens Birkalla
(Disclaimer：Any views or opinions presented are solely those of the author and do not necessarily represent those of NowGoal. We disclaim any responsibility and accepts no liability for any direct or indirect loss or damage arising from any inaccuracies.)

Chijioke 315 Article
I am Chijioke.I am a super Barcelona fan.I enjoy writing and analysing games in sport betting.I am interested in winning.
See More Article