Paulo has lost two matches in their last five matches and has been unable to keep a steady winning. They have played five matches (W1, D2, L2) and have a total of four goals in their five matches. 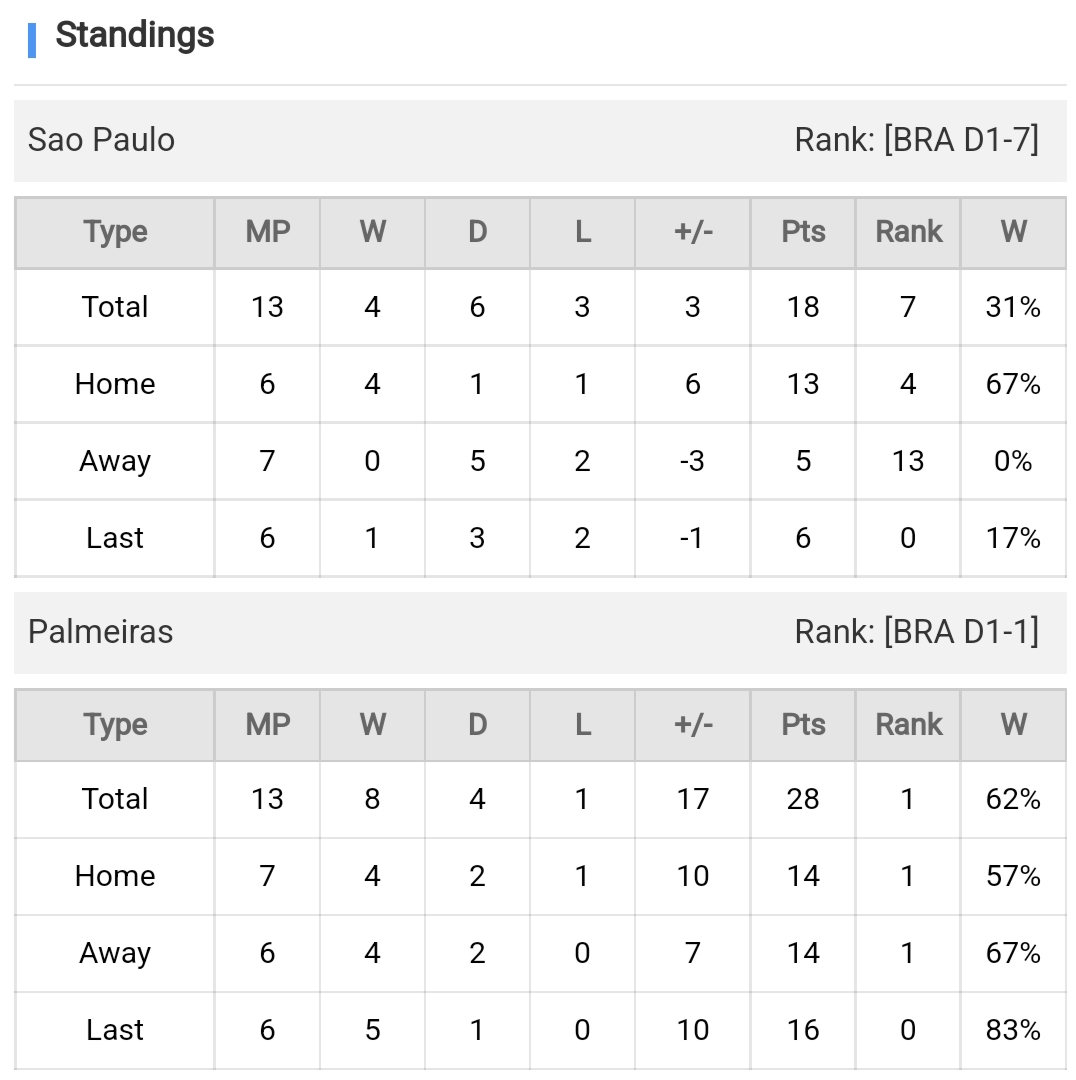 The team has kept a clean sheet in the competition and each goal in their last four matches comes at a 2+ margin with a good performance rate in the competition. Five matches were played (W4, D1) and with a total of 12 goals with no home or away defeat.

With Palmeira's current form they are set to defeat any team artist stands but their opponent has given them a hard time at their meetings.

Football Copa do Brasil Palmeiras Sao Paulo
(Disclaimer：Any views or opinions presented are solely those of the author and do not necessarily represent those of NowGoal. We disclaim any responsibility and accepts no liability for any direct or indirect loss or damage arising from any inaccuracies.)

Chijioke 315 Article
I am Chijioke.I am a super Barcelona fan.I enjoy writing and analysing games in sport betting.I am interested in winning.
See More Article