On Friday, University College Dublin will host Derry City at the UCD Bowl in a match between two teams competing at the opposite ends of the League of Ireland Premier Division.

Dublin lost 2-1 away to St. Patricks Athletic last time out. They had a difficult first half of the new season after gaining promotion last year. They failed to win any of their first 14 games. They are now stuck at the bottom of the table - two points behind Finn Harps in the playoff spot for relegation and ten points away from automatic safety. 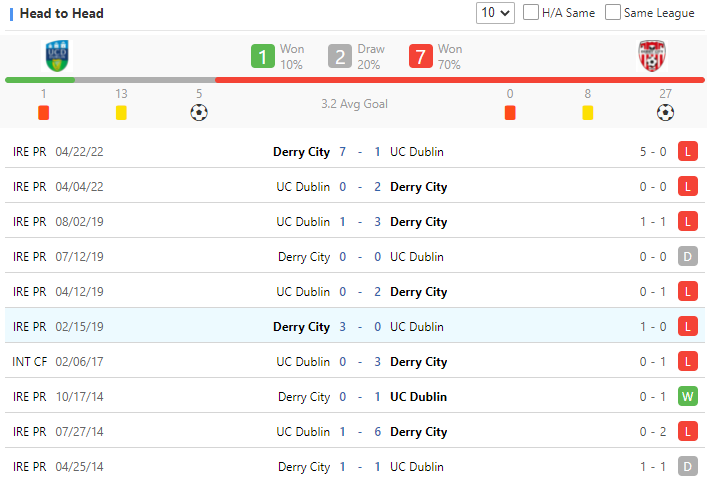 Derry City had a good start to the current league season, rapidly placing themselves in contention for the championship after winning seven of their first nine games while remaining unbeaten, but they have since encountered some difficulties. Derry will be eager to take advantage of a match against the league's worst team to get back to winning ways and boost their position.

Derry City are not at their best right now, but on Friday, we can only see them dominating the bottom team and snapping their losing streak.

Football Ireland Premier Division Derry City UC Dublin
(Disclaimer：Any views or opinions presented are solely those of the author and do not necessarily represent those of NowGoal. We disclaim any responsibility and accepts no liability for any direct or indirect loss or damage arising from any inaccuracies.)