Sao Paulo will fight against Palmeiras for Copa do Brasil round 4 at Estadio do Morumbi.

They lose to Palmeiras 1-2 in the last game, which ends their fourteen-match unbeaten run. Now they rank seventh at the table of Brazil Serie A. They pay less attention into the Cup. The best record they have got in the Cup was a second prize in 2000.

They are sitting in the first place at the table of Brazil Serie A, with three points ahead of the second. They have been unbeaten for nineteen matches. The last defeat they suffered was in April. 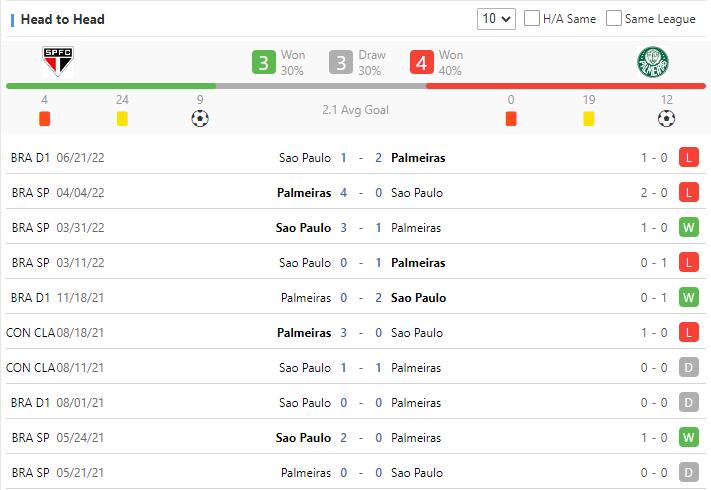 Sao Paulo got 3W-3D-4L from Palmeiras in the past, which take the lower hand. Besides, Palmeiras are more experienced than Sao Paulo in the Cup game. So Palmeiras tend to win in the upcoming game.

Football Copa do Brasil Palmeiras Sao Paulo
(Disclaimer：Any views or opinions presented are solely those of the author and do not necessarily represent those of NowGoal. We disclaim any responsibility and accepts no liability for any direct or indirect loss or damage arising from any inaccuracies.)