Aldosivi welcome Platense on Tuesday in the hopes of ending their nine-game winless streak.

Aldosivi were defeated 1-0 by Patronato on Tuesday. They are the only team in the Primera Division without a point, enter Tuesday with a five-game losing streak in all competitions. This terrible run has been attributed to their feeble offensive as well as their defensive woes for only scoring two goals while allowing 11 in that period. 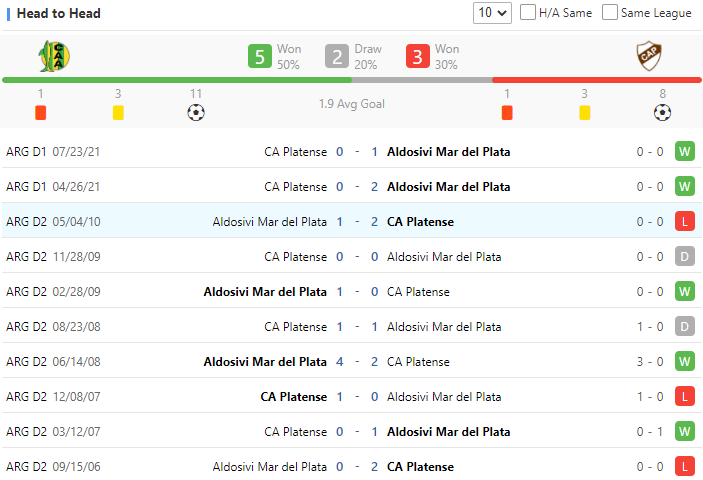 Platense couldn't make it three wins in a row as they were held to a 1-1 draw by Gimnasia y Esgrima last time out. For the first time since beating Union and Racing Club in October 2021, the Calamares will try to keep the juggernaut going and win consecutive road games in the Primera Division.

Aldosivi and Platense have had diametrically opposed beginnings to the season, with the Tiburon losing their first three games. The visitor comes into the game as one of the division's most in-form teams, and we think they'll take all three points on Tuesday.

Football Argentine Division 1 CA Platense Aldosivi Mar del Plata
(Disclaimer：Any views or opinions presented are solely those of the author and do not necessarily represent those of NowGoal. We disclaim any responsibility and accepts no liability for any direct or indirect loss or damage arising from any inaccuracies.)