Ilves Tampere and HIFK will play for Finland Veikkausliga Round 11 at Ratinan stadion.

Ilves Tampere
They are sitting in the sixth place at the table of the League. They still stand the chance to win the title this season. In the last game, they defeated Lahti 3-2 thanks to a hat trick by Petteri Pennanen.

HIFK
Instead, they play poorly this season, which have not got any victory yet. Now they rank at the bottom of the League table. In the last game, they lose to Vaasa VPS 1-5 even if they have the home advantage. 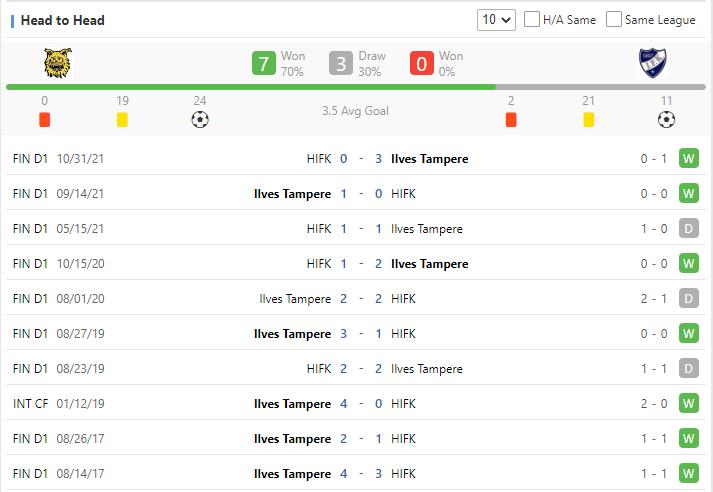 Football Finland Veikkausliga HIFK Ilves Tampere
(Disclaimer：Any views or opinions presented are solely those of the author and do not necessarily represent those of NowGoal. We disclaim any responsibility and accepts no liability for any direct or indirect loss or damage arising from any inaccuracies.)