Inter Club d'Escaldes will face their next challenge on Tuesday as they prepare to play La Fiorita in the UCL Qualifiers.

SP La Fiorita
La Fiorita come into this game off a 1-1 tie with Birkirkara in the Conference League Qualifiers. They have had a lot of trouble in the front lately. During their past six matches, they have only scored two goals against other teams and also have had a total of nine goals scored against them in their matches. 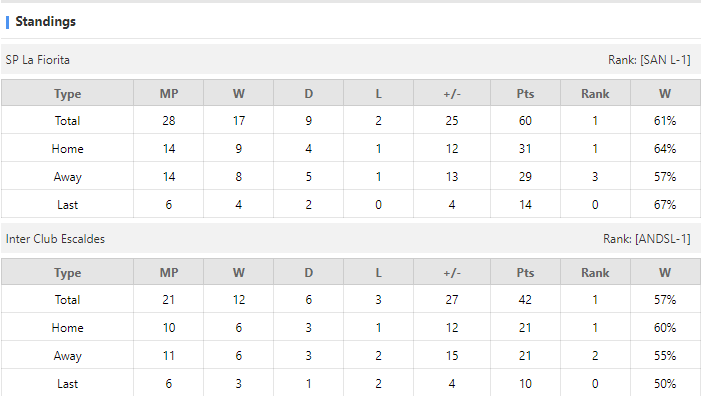 Inter Club Escaldes
Inter Club d'Escaldes and their supporters will be hoping for a better outcome this time after losing their previous encounter against Teuta Durrs in Conference League Qualifiers action. There has been a trend of at least one team failing to score a goal for them recently . It has happened 5 times in their past 6 meetings.

Prediction
I believe La Fiorita will need some luck to break down this Inter Club d'Escaldes team, which we believe will score the game-winning goal.

Football UEFA Champions League Inter Club Escaldes SP La Fiorita
(Disclaimer：Any views or opinions presented are solely those of the author and do not necessarily represent those of NowGoal. We disclaim any responsibility and accepts no liability for any direct or indirect loss or damage arising from any inaccuracies.)