Newells Old Boys
On Tuesday, Newell's Old Boys continued their strong start this season with a 1-0 win over Talleres. They began the season with a 2-1 win against Banfield before coming home to play San Lorenzo to a goalless draw. The team is undefeated in their past six league home games heading into Monday's match. 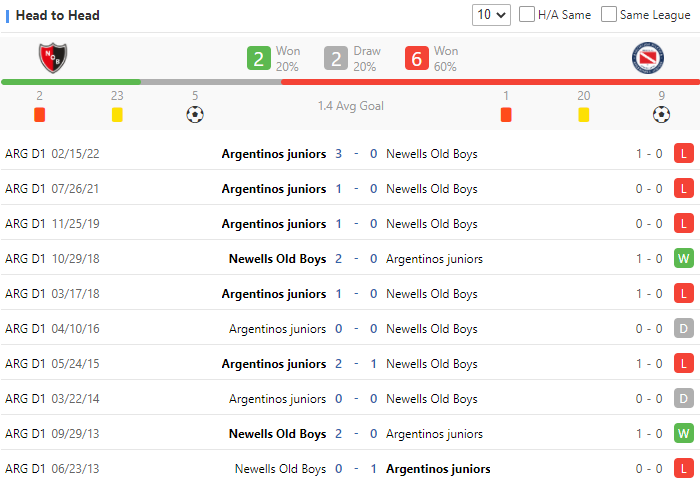 Argentinos juniors
Argentinos Juniors won 2-1 against Independiente last time out. They have already won two of their first three games, scoring four goals and conceding three. Since their 1-0 win against Rosario Central last November, the team has gone six games without a win in the league, earning just one point out of a possible 18.

Prediction
These two sides have both had strong starts to their seasons and will be looking to continue their winning ways. The visitors are unbeaten in their last seven games, and I think they'll do just enough to get a share of the spoils against a well-matched home team.

Football Argentine Division 1 Argentinos juniors Newells Old Boys
(Disclaimer：Any views or opinions presented are solely those of the author and do not necessarily represent those of NowGoal. We disclaim any responsibility and accepts no liability for any direct or indirect loss or damage arising from any inaccuracies.)