The final match of Brazil Serie A round 13 will be held at Estadio do Morumbi on Tuesday.

Sao Paulo
They get 4W-6D-2L this season, ranking fifth a the table of the League. They are good at home game, which have not been defeated yet even with a 80% winning percentage. It is a chance for them to return to the winning way following a 1-0 defeat to Botafogo RJ in the last game.

Palmeiras
They rank at the top of the League at present, getting 7W-4D-1L. They are the most offence team in the League, with 23 scoring goals this season in total. In the last game, they defeated Atletico Clube Goianiense 4-2. 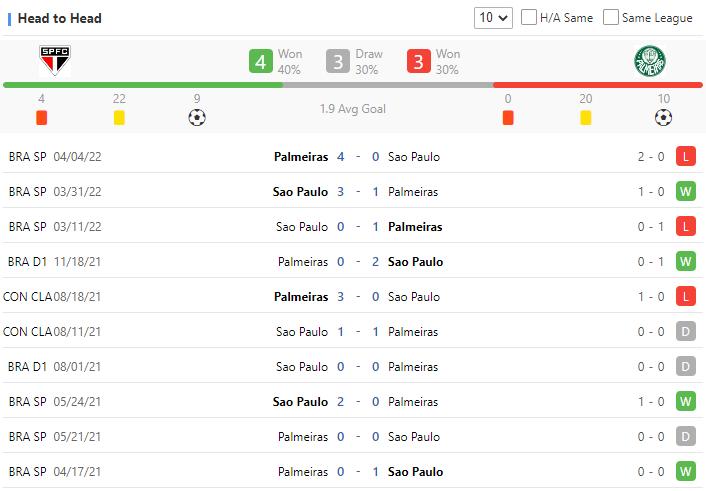 Verdict:
Sao Paulo got 4W-3D-3L from Palmeiras in the past, which take the upper hand. What’s more, Sao Paulo have the home advantage and they play well as the host. It is believed that Sao Paulo will take one point from Palmeiras at least in the upcoming game.

Football Brazil Serie A Palmeiras Sao Paulo
(Disclaimer：Any views or opinions presented are solely those of the author and do not necessarily represent those of NowGoal. We disclaim any responsibility and accepts no liability for any direct or indirect loss or damage arising from any inaccuracies.)

Lnn 273 Article
Hi. I am Lnn. My passion for football started when I watched a football game by chance. That made me a fan of The Red Devil. I am happy to write the things what I am interested in.
See More Article