Internacional RS are 3rd with 21 points from 12 played matches. They have not lost in the last 16 games. Internacional RS did not perform well in the last season but they improved their squad for this season of Serie A. They play a lot better both in Copa Sudamericana and Serie A. At this moment, they have won 5, draw 6, and lost 1 with a 5 goal difference. In their previous match, they won 2-1 against Goias on the road. Before that, they won 3-1 against Flamengo. 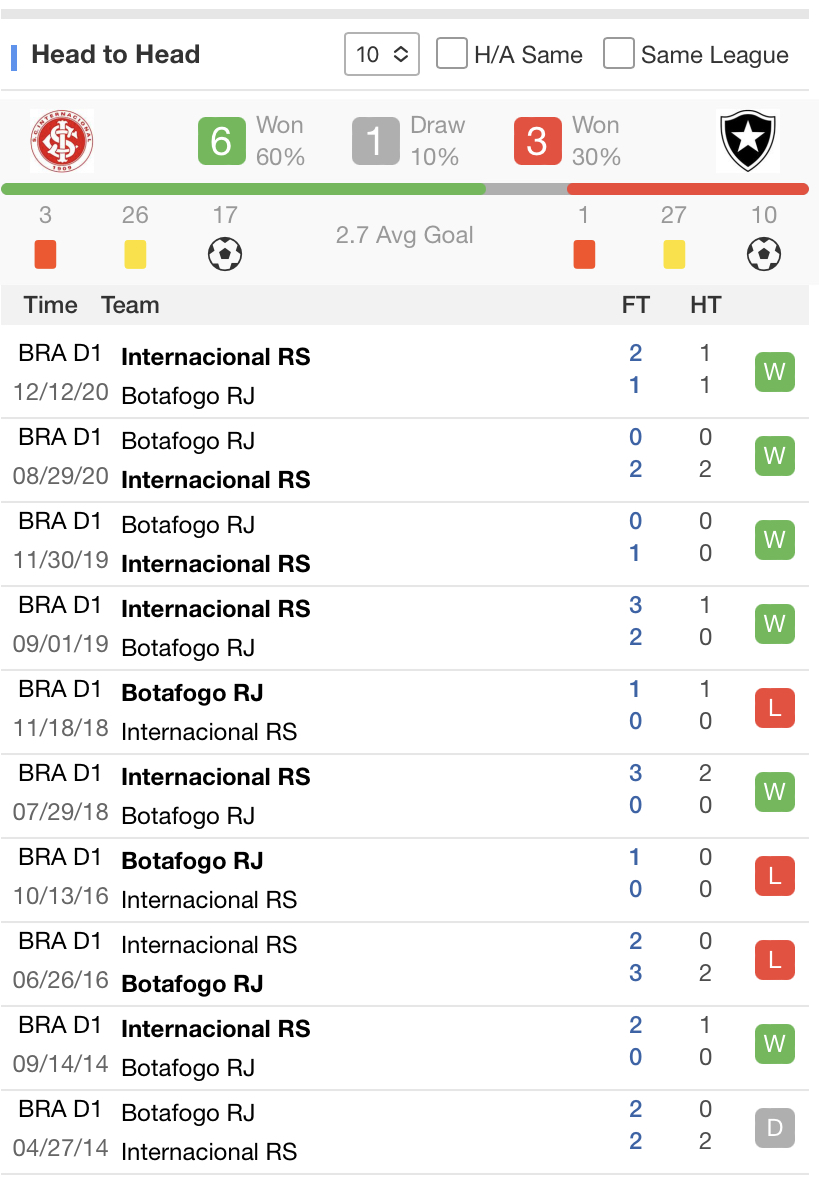 Botafogo RJ are 14th with 15 poitns from 12 played matches. They are in poor form with 1 win and 4 losses in the last 5 matches. They are currently in terrible form right now and they have four defeats in a row. Botafogo RJ started the season in Serie A well but now they are in mixed form. They have a lot of injured players and were awful in the last couple of games. They managed to win in the last match against Sao Paulo at home.

Verdict: Internacional are a better team overall and will win this game at their home soil.

Football Brazil Serie A Botafogo RJ Internacional RS
(Disclaimer：Any views or opinions presented are solely those of the author and do not necessarily represent those of NowGoal. We disclaim any responsibility and accepts no liability for any direct or indirect loss or damage arising from any inaccuracies.)