FC Dallas will continue their amazing season this weekend when they face the Vancouver Whitecaps at Toyota Stadium.

FC Dallas
Dallas made a 1-3 away success over Orlando City last time out. After losing just three of their first 14 games, Dallas' focus has shifted to a possible MLS Cup victory. They've also had a fantastic run at home, including a victory streak at this stadium just a week ago. 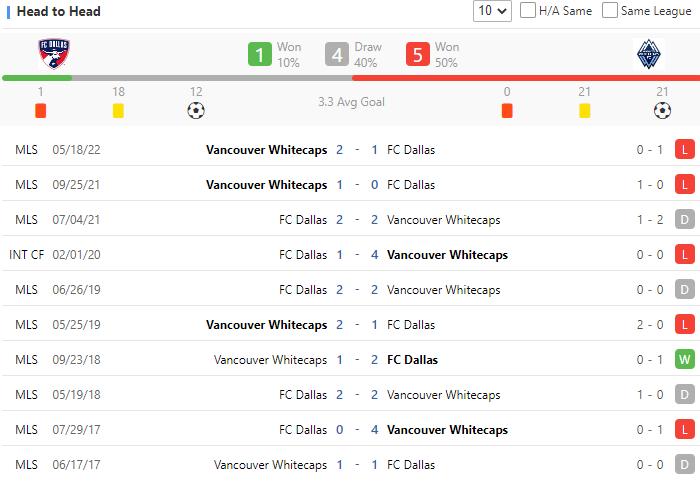 Prediction
For much of the season, Vancouver has struggled, with goals seeping out of the defense and little in the way of attacking success. In stark contrast to how Dallas has performed thus far, the hosts are looking for a second win this weekend.

Football USA Major League Soccer Vancouver Whitecaps FC Dallas
(Disclaimer：Any views or opinions presented are solely those of the author and do not necessarily represent those of NowGoal. We disclaim any responsibility and accepts no liability for any direct or indirect loss or damage arising from any inaccuracies.)