HIFK
HIFK fell 1-2 at home to Honka in their most recent encounter, following a 0-1 loss at home to KuPS in their previous match. It will be a source of concern for them, since their defense has been broken in each of their past six matches, resulting in 10 goals being conceded. HIFK is at the bottom of the standings, finishing in 12th place with only three points. 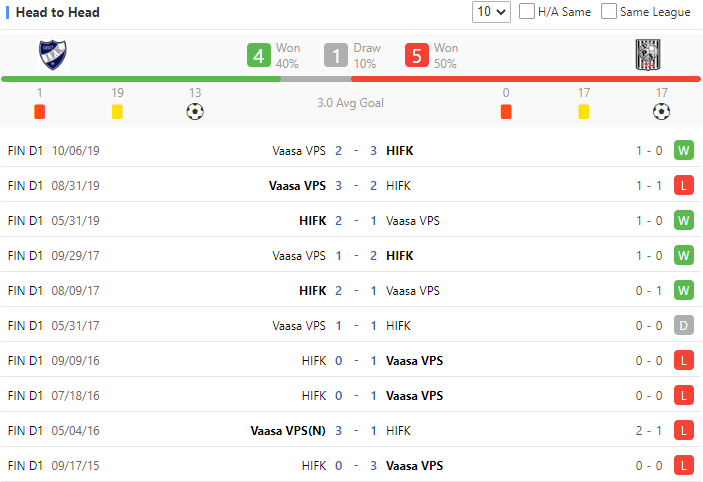 Vaasa VPS
VPS will enter the game fresh off a 3-1 win against Mariehamn in the last league game. They've been outscored in five of their previous six games, allowing 10 goals in total. With 10 points after 9 games, VPS sits in eighth place in the standings (3W-1D-5L). They have seen a lot of goals, but they also surrender a lot of them, indicating that some defensive improvements are needed.

Prediction
HIFK They haven't won at home in the league in the last eight games and have lost four consecutive home games. VPS is a team that thrives on the road. They're coming off a three-game undefeated streak on the road in separate tournaments. VPS is expected to win by a razor-thin margin on Saturday.

Football Finland Veikkausliga Vaasa VPS HIFK
(Disclaimer：Any views or opinions presented are solely those of the author and do not necessarily represent those of NowGoal. We disclaim any responsibility and accepts no liability for any direct or indirect loss or damage arising from any inaccuracies.)