Huddersfield Town and Nottingham Forest will face off at Wembley Stadium on Sunday, with the winner earning a spot in the Premier League. 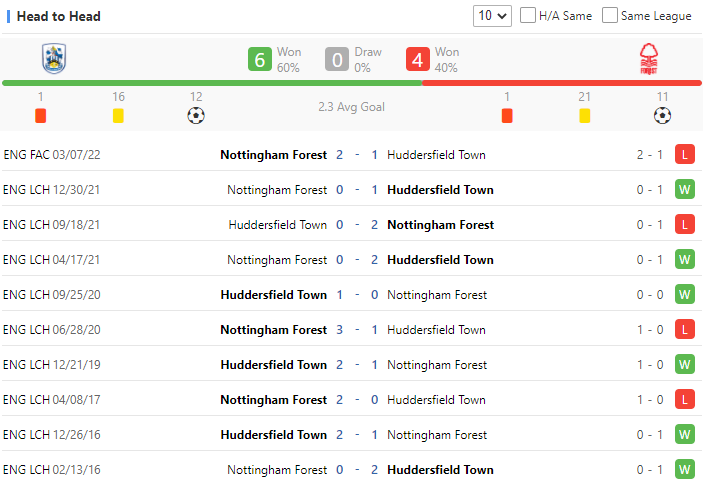 Nottingham Forest
Nottingham had scored two or more goals in three of their previous five games and had won five of their previous eight matches. Furthermore, they have only lost three times since January 2022, with one of those losses coming in the FA Cup against Liverpool. Another defeat had come against Bournemouth, who had now gained promotion to the English Premier League.

Prediction
Nottingham was victorious 2-1 in their most recent match with Huddersfield. In the last seven encounters, these two sides only had one clean sheet. The previous six overall victories were shared evenly between the two teams, with three wins each. Based on these data, expect a high-scoring matchup between the two clubs this weekend.

Football England Championship Nottingham Forest Huddersfield Town
(Disclaimer：Any views or opinions presented are solely those of the author and do not necessarily represent those of NowGoal. We disclaim any responsibility and accepts no liability for any direct or indirect loss or damage arising from any inaccuracies.)

Betty 298 Article
Betty loves the game of soccer since she was a child, this passion allowed her to embark on a career as a soccer analyst. She believes all leagues have their own charms. Accurate soccer predictions give me a great sense of accomplishment”, Betty said.
See More Article