Hammarby IF make the trip to Finnvedsvallen on Sunday for the Allsvenskan showdown with home team IFK Värnamo.

IFK Varnamo
Varnamo was in good form after scoring four points in the last two games in a 4-1 away win over Helsingborg. And they have lost only once in four league games at home this season, unbeaten against Malmo and Sirius, with a very consistent performance. 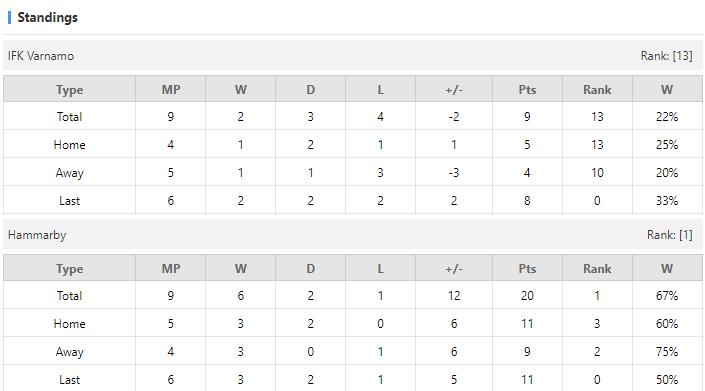 Hammarby
Last time out, Hammarby IF drew 0-0 in the Svenska Cupen match with Malmö FF. The trend of at least one team drawing a blank in games involving Hammarby IF has become apparent recently. Examining their last 6 games reveals that it has happened 5 times. During those clashes, opposing sides have hit a goal total of 5 while Hammarby IF have scored 9.

Verdict:
Here, we’re thinking that IFK Värnamo will have to play well to be putting a goal past this Hammarby IF outfit who should do enough to score at the other end and edge ahead. We’re going for a highly competitive game with a 0-1 winning margin for Hammarby IF at full-time.

Football Swedish Allsvenskan Hammarby IFK Varnamo
(Disclaimer：Any views or opinions presented are solely those of the author and do not necessarily represent those of NowGoal. We disclaim any responsibility and accepts no liability for any direct or indirect loss or damage arising from any inaccuracies.)