The Allsvenskan fixture at Olympia on Sunday will see home side Helsingborgs IF fighting it out with opponents AIK. 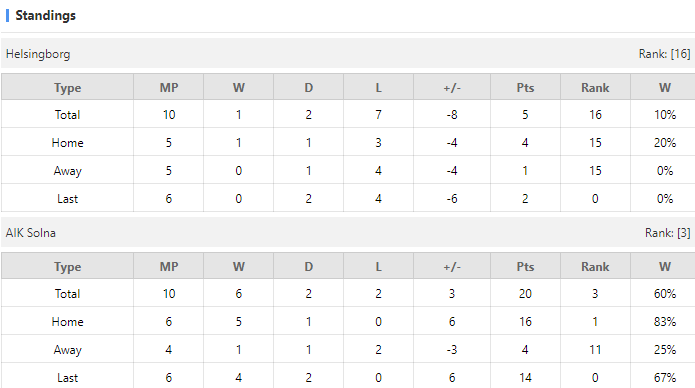 AIK Solna
Last time out, AIK drew 2-2 in the Allsvenskan match with IK Sirius. Over the course of their previous 6 outings, AIK have bagged the sum of 11 goals. AIK have additionally got on the scoresheet on each one of those occasions. During that period, they’ve had 5 goals scored by their opponents. However, time will tell if the trend shall be sustained in this next match.

Verdict:
Solna has been inconsistent this season, especially on the away game. The 1X2 first odd is 6.50-3.75-1.57, which means support the away team. Solna should win this game.

Football Swedish Allsvenskan AIK Solna Helsingborg
(Disclaimer：Any views or opinions presented are solely those of the author and do not necessarily represent those of NowGoal. We disclaim any responsibility and accepts no liability for any direct or indirect loss or damage arising from any inaccuracies.)