The match between BK Hacken vs Sirius for the Sweden Allsvenskan competition is scheduled to be played on 28 May, 2022. The match kicks off at 16:00 UK time. It will take place at the Bravida Arena, in Göteborg.

Hacken are enjoying a superb start to the Allsvenskan season, sitting joint top of the division and having scored 18 goals in nine matches – a total surpassed only by Hammarby. BK Hacken has won 6 games, they have 2 games that the final result was a draw, and they have lost 2 games in the last 10 games. 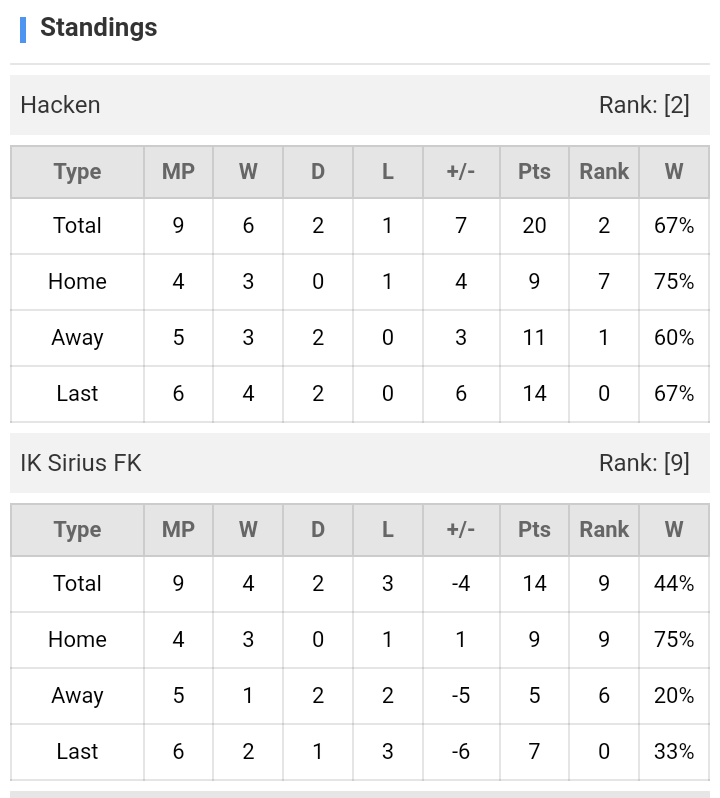 Sirius have played five away matches so far but collected only five points, with their defensive record of nine goals conceded already a cause for concern. Sirius has won 4 games, they have 2 games that the final result was a draw, and they have lost 4 games in the last 10 games.

I predict there will be three or more goals in this game and Hacken’s form suggests they will come out on top.

Football Swedish Allsvenskan IK Sirius FK Hacken
(Disclaimer：Any views or opinions presented are solely those of the author and do not necessarily represent those of NowGoal. We disclaim any responsibility and accepts no liability for any direct or indirect loss or damage arising from any inaccuracies.)

Obinna1010 151 Article
I am a footballer, awaiting for signing. I love football and analyzing is the best way I can do more to
See More Article