The match between Boca Juniors vs Deportivo Cali for the Copa Libertadores competition is scheduled to be played on 27 May, 2022. The match kicks off at 01:00 UK time. It will take place at the Estadio Alberto José Armando, in Ciudad de Buenos Aires.

With seven points from five games, Boca Juniors are currently third in Group E of the Copa Libertadores, three points above rock-bottom Always Ready and one adrift of Thursday's hosts at the top of the pile. Boca Juniors had won 6 games, they have 3 games that the final result was a draw, and they have lost 1 game in the last 10 games. 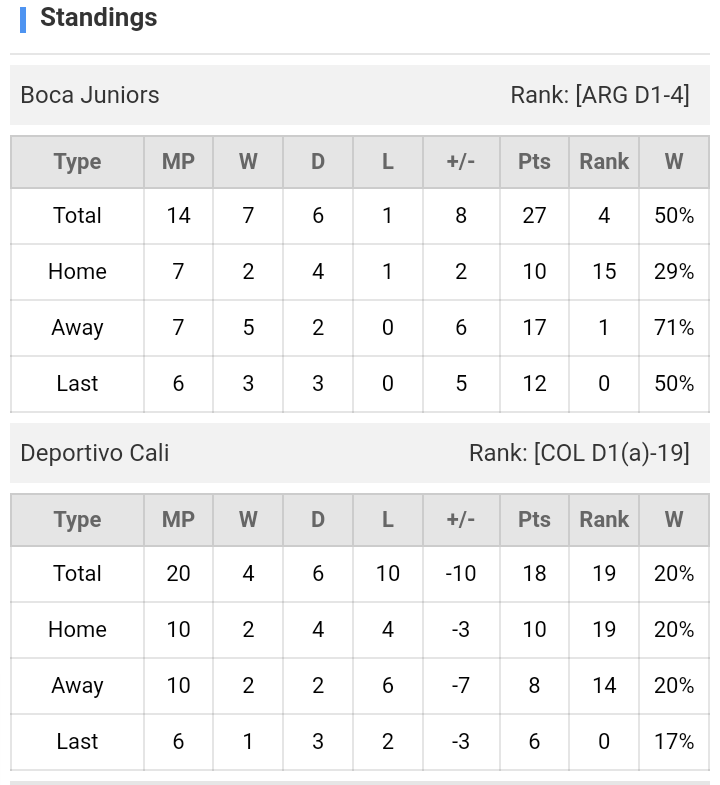 Deportivo Cali will be looking to pick up successive wins for the first time since the turn of the year and confirm their place in the playoffs, they have struggled to get going on the road, where they are winless in all but one of their last eight outings, picking up four draws and losing three in that time. Deportivo Cali has won 2 games, they have 5 games that the final result was a draw, and they have lost 3 games in the last 10 games.

Boca Juniors head into the game unbeaten in nine straight home games and we predict they will keep this fine run going and come away with all three point. Despite their h2h against Deportivo Cali W1, L1 and D1, they will take another win in the home soil.

Football Copa Libertadores Deportivo Cali Boca Juniors
(Disclaimer：Any views or opinions presented are solely those of the author and do not necessarily represent those of NowGoal. We disclaim any responsibility and accepts no liability for any direct or indirect loss or damage arising from any inaccuracies.)

Obinna1010 161 Article
I am a footballer, awaiting for signing. I love football and analyzing is the best way I can do more to
See More Article