Cerro Porteno will battle their Paraguayan counterparts for the second game in as many days when they host their local opponents in a Copa Libertadores group-stage match. 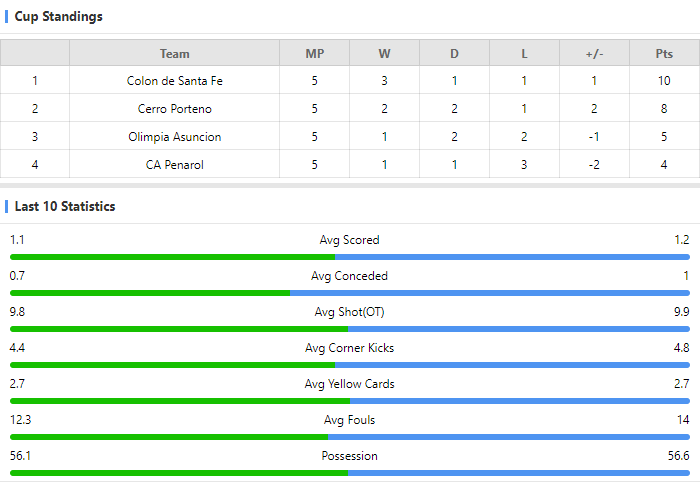 Olimpia Asuncion
Olimpia's last Libertadores encounter was against Colon, resulting in a 2-1 final score. The club has 6W-1D-3L in their previous ten games. Olimpia has 1W-2D-2L in the Libertadores competition. With five points from their five games thus far, they are in third place in Group G.

Prediction
Cerro Porteno enters the match with great momentum, having excelled their opponents in the group stage and earned a 4-0 victory against Olimpia over the weekend. We believe they will use this to their advantage to defeat their opponents on Wednesday.

Football Copa Libertadores Olimpia Asuncion Cerro Porteno
(Disclaimer：Any views or opinions presented are solely those of the author and do not necessarily represent those of NowGoal. We disclaim any responsibility and accepts no liability for any direct or indirect loss or damage arising from any inaccuracies.)