Penarol and Colon meet at the Campeon del Siglo on Thursday in the Copa Libertadores' last round of group-stage matches.

CA Penarol
Penarol's last Libertadores encounter was against Colon and ended with a goalless draw. Penarol is hoping to preserve their undefeated record alive in the forthcoming encounter. They've played well in their games and have also not conceded in their last four, but lost their last three Libertadores matches. 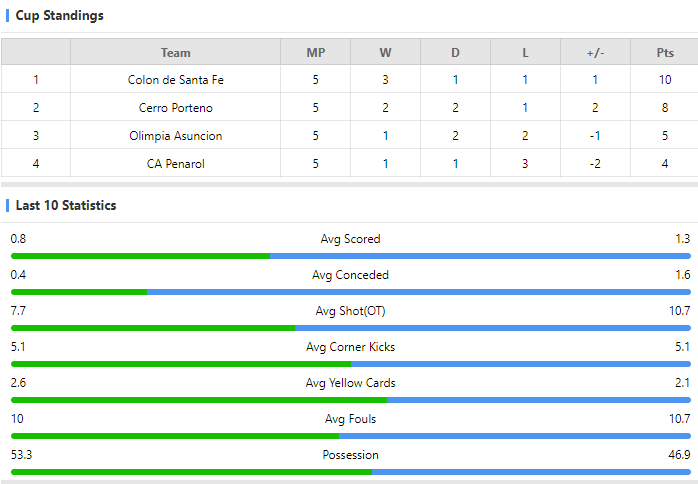 Colon de Santa Fe
Colon's most recent encounter was against Olimpia and ended with 2-1. Their performance in previous contests has been a stumbling block for only two wins from their last 10. Because of their uneven performance, the squad remains in the bottom part of the league table, but the first place in Group G of the Libertadores so far with 3W-1D-1L.

Prediction
The away side can afford to let off the throttle a little after advancing to the next round of the Copa Libertadores, though they will still be desperate to earn top position in the group. We anticipate a high-scoring, end-to-end contest, with both sides settling for a point apiece in the conclusion.

Football Copa Libertadores Colon de Santa Fe CA Penarol
(Disclaimer：Any views or opinions presented are solely those of the author and do not necessarily represent those of NowGoal. We disclaim any responsibility and accepts no liability for any direct or indirect loss or damage arising from any inaccuracies.)