The last time when GIF Sundsvall and Mjallby AIF met each other was in 2012. Will Sundsvall get a victory from Mjallby at NP3 Arena again after ten years?

GIF Sundsvall
They play poorly this season, getting 1W-7L in eight rounds. Now they rank at the bottom of the League table. In the last game, they lose to IFK Norrkoping FK 5-1. They are in low morale now.

Mjallby AIF
They are better than GIF Sundsvall, getting 4W-2D-2L this season so far. They are sitting in sixth place at the table of the League. In the last game, they tie with IFK Varnamo 1-1, which have been winless for two matches. 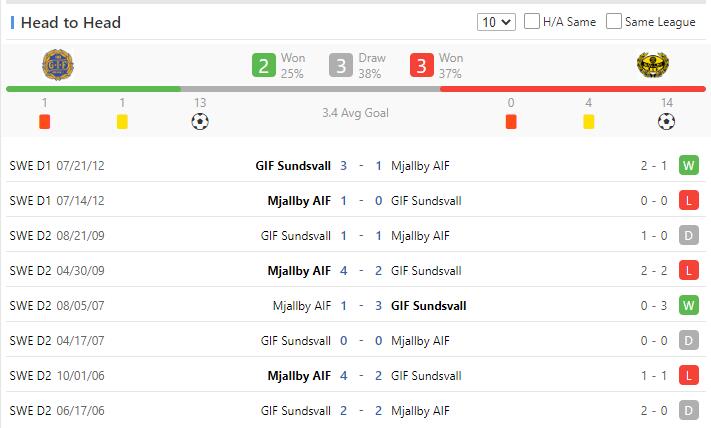 Verdict:
The last time they met each other was in 2012. Sundsvall got a 3-1 home win from Mjallby at that time. But Sundsvall are in a poor state, suffering a long losing streak. It is predicted that Mjallby will take one point from Sundsvall at least in the upcoming fixture.

Football Swedish Allsvenskan Mjallby AIF GIF Sundsvall
(Disclaimer：Any views or opinions presented are solely those of the author and do not necessarily represent those of NowGoal. We disclaim any responsibility and accepts no liability for any direct or indirect loss or damage arising from any inaccuracies.)

Wrld_G 272 Article
I am Wrld_G. I am a football enthusiast. I prefer working in games which are of more uncertainties because those bring me more benefits. I am always ready for forecast.
See More Article