Caen
Caens form and morale have been boosted by their last win over Ajaccio, which ended the embarrassment of only one point in the previous two matches. The team is three points clear of the relegation zone and cannot afford to relax. 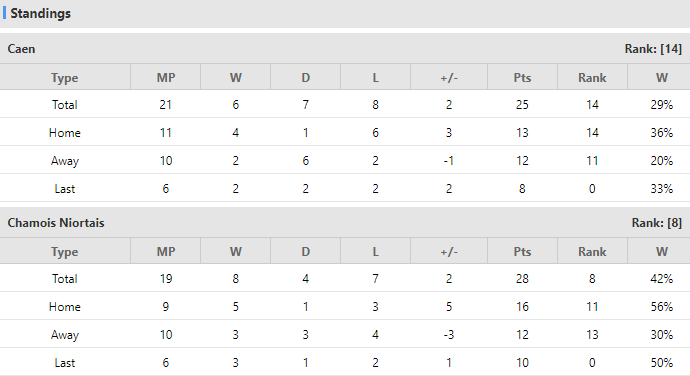 Chamois Niortais
Chamois Niortais beat Pau FC in the last round and has seven points in his last three league games. They are eight points behind the playoff zone and still have a chance to catch up.

Verdict:
Both teams have been in good form lately. The 1X2 first odds is 1.85-3.30-3.75, seems no clearly support to both side. Niortais should at least take 1 point in this game.

Football France Ligue 2 Chamois Niortais Caen
(Disclaimer：Any views or opinions presented are solely those of the author and do not necessarily represent those of NowGoal. We disclaim any responsibility and accepts no liability for any direct or indirect loss or damage arising from any inaccuracies.)