Granada CF are coming with two wins in last five matches they played, last match they won 1-0 against Athletic Bilbao. In the last 5 matches played between both teams, Granada CF won 2, RCD Espanyol won 2, and 1 draw. They are just 1 point above relegation zone. RCD Espanyol do not have good defense,therefore Granada CF should be able to break them. 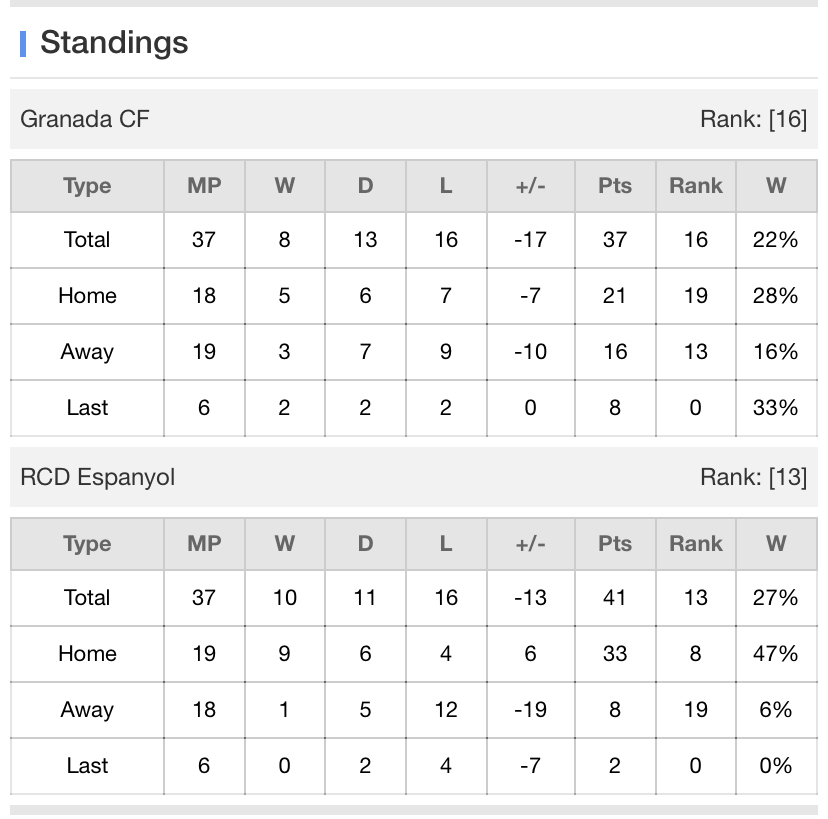 RCD Espanyol are definitely in a bad form, they are coming with zero win in the last 5 games, last game they draw 1-1 against Valencia. RCD Espanyol is in 13th place. Actually, They have no competition motivation. They have lost 12 of their 18 away matches.

Verdict: Granada CF  is much better team and they will play at home which could be huge advantage as well. Hosts will win this game to avoid relegation.

Football Spanish La Liga RCD Espanyol Granada CF
(Disclaimer：Any views or opinions presented are solely those of the author and do not necessarily represent those of NowGoal. We disclaim any responsibility and accepts no liability for any direct or indirect loss or damage arising from any inaccuracies.)