The match between Manchester City and Aston Villa will take place on 22 May 2022 at Etihad Stadium stadium, Manchester city, England.

Manchester City are trying their best to win the Premiership. Manchester City could have closed the deal last weekend when they travelled to West Ham United. Unfortunately they fall behind 2-0 by halftime, but they showed good moral and made a comeback in the second half to tie the game 2-2. Manchester City, after 37 matches played they made 90 points, they are only 1 point difference with Liverpool. They will rather go full offensive for this match. 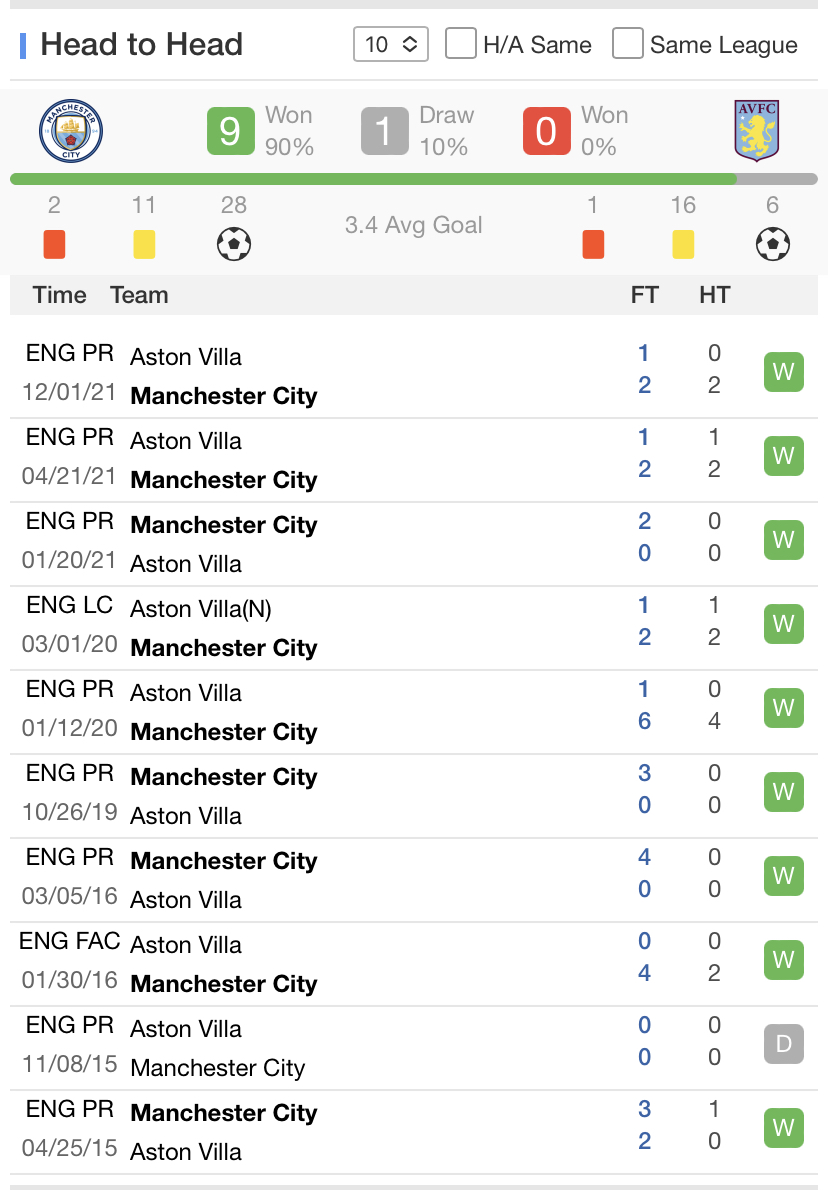 Aston Villa had played some solid games, but it appears that they still lack consistency. Aston Villa is not playing a great season, and for them, this match is not important, for that reason,they may not play with their key players, maybe focus more in the defense

Verdict: we expect a match with chances and goals, mostly from Manchester City, because they will hunt the league title trophy.