There will be a clash between Barcelona and Villarreal at Camp Nou on Sunday.

FC Barcelona
In the last game, they tie with Getafe 0-0, getting a four-match unbeaten run. Now they rank second at the table of the League, which are confirmed as the runner-up with five points ahead of the third. They are in form, which have been unbeaten for four matches.

Villarreal
They are in low morale after they were out of UEFA Champions League, getting only victory in May, which is from Rayo Vallecano. Now they rank seventh at the table of the League. There is just one point separating them from eighth. They are struggling for a place to UEFA Europa League. 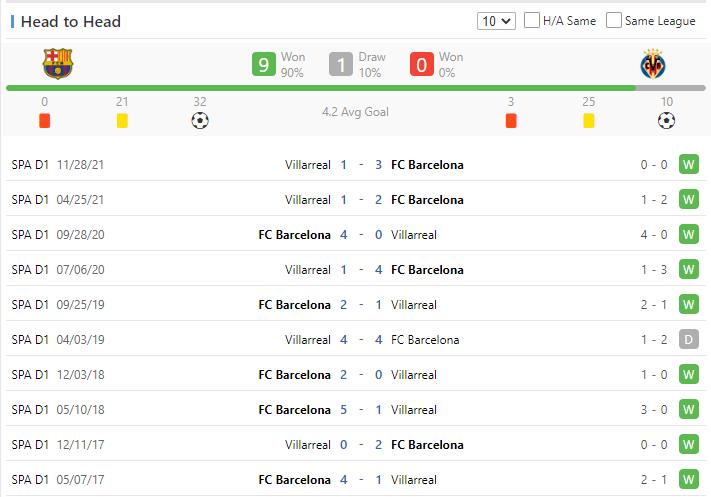 Verdict:
Arnaut Danjuma Adam Groeneveld and Gerard Moreno Balaguero will be absent due to injuries, which weakens Villarreal. And Barcelona have a home advantage. So FC Barcelona stand the chance to win in the upcoming game.

Football Spanish La Liga Villarreal FC Barcelona
(Disclaimer：Any views or opinions presented are solely those of the author and do not necessarily represent those of NowGoal. We disclaim any responsibility and accepts no liability for any direct or indirect loss or damage arising from any inaccuracies.)