The match between Man City vs Aston Villa for the England Premier League competition is scheduled to be played on 22 May, 2022. The match kicks off at 16:00 UK time. It will take place at the Etihad Stadium, in Manchester.

Manchester City entertain Aston Villa on Sunday knowing a win will be enough to secure the Premier League title irrespective of how Liverpool fare against Wolves. City were held at West Ham in their last league outing and they have failed to win four of their last 10 games in all competitions, but all of those setbacks came away from the Etihad Stadium. 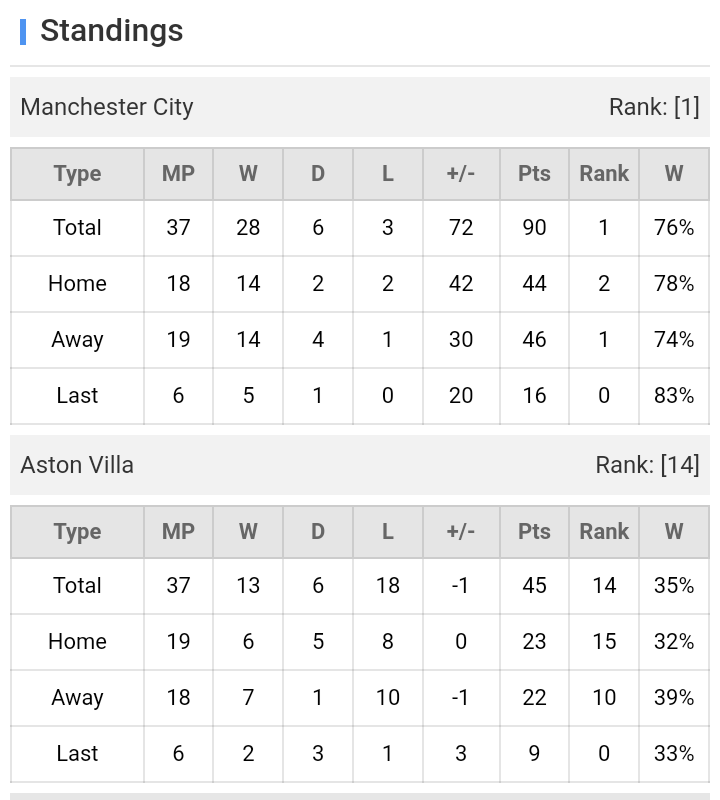 Aston Villa has won 2 games, they have 3 games that the final result was a draw, and they have lost 5 games in the last 10 games. Villa were in action on Thursday as they played out a 1-1 draw with a Burnley outfit scrapping for survival. Gerrard’s men put plenty of effort into that game, and with nothing other than pride to play for here they could well be overrun by City

Villa have only failed to score in one of their last six away and could get on the scoresheet, but the home side have enough quality to claim a comfortable win regardless.

Obinna1010 161 Article
I am a footballer, awaiting for signing. I love football and analyzing is the best way I can do more to
See More Article