The seventeenth, Burnley, will battle for their Premier League place against Newcastle United who are twelfth.

Burnley
Burnley gave away a lead at Aston Villa on Thursday and returned home with a 1-1 draw. That's left them one place above the relegation zone and only ahead of 18th placed Leeds United on goal difference. Burnley have only one point from their last three league games but had won three in a row at home before losing to Aston Villa on May 7. Nine of the last 12 home league fixtures have seen under 2.5 goals scored.

Newcastle United
Newcastle's performances in the second half of the season has seen them get out of relegation trouble. They attempt to build a team that are capable to challenge for Europe at least next season. Improved away performances will be a target next season. Newcastle have only won four away league games this season with ten lost. Four of their last five away matches in the Premier League have been lost with ten goals conceded in the last three. 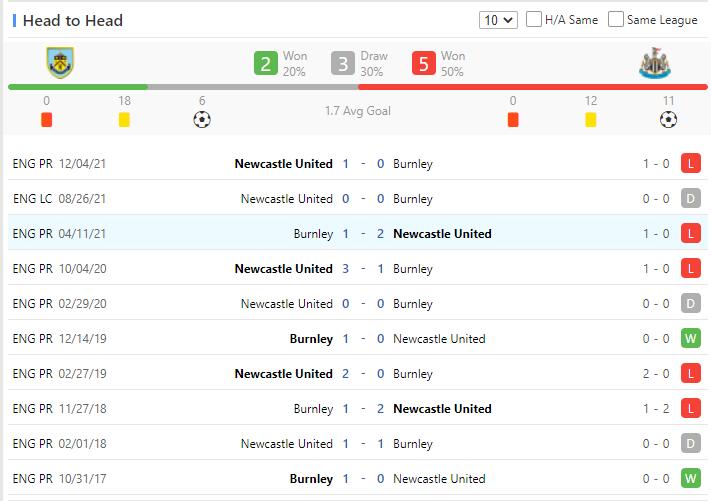 Verdict:
The average goal of their past head to head records is just 1.7. Considering that two sides are not good at offence, we expect to see under 2.5 goals in this match.

Football English Premier League Newcastle United Burnley
(Disclaimer：Any views or opinions presented are solely those of the author and do not necessarily represent those of NowGoal. We disclaim any responsibility and accepts no liability for any direct or indirect loss or damage arising from any inaccuracies.)

DaireA 86 Article
I worked as a sports journalist for two years. I am professional in writing previews and commentary under statistics through my work experience. It is my honour to share my views here.
See More Article