On Sunday, Leicester City will welcome Southampton at King Power Stadium in a Premier League match.

Southampton
Southampton will be looking to make apologies after losing to Liverpool last time out. They have conceded goals in five of their previous six games, with opponents scoring 11 goals in total. Southampton have not won an away match in the league in the last six games. 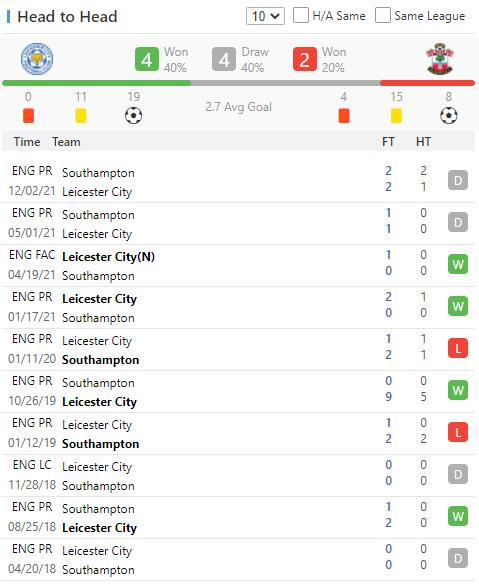 Prediction
With these two teams in mind, I believe Southampton have the capacity to score against this Leicester City group, albeit it may not be enough to avoid defeat. Expect a very competitive game with Leicester City winning at the end.

Football English Premier League Southampton Leicester City
(Disclaimer：Any views or opinions presented are solely those of the author and do not necessarily represent those of NowGoal. We disclaim any responsibility and accepts no liability for any direct or indirect loss or damage arising from any inaccuracies.)

David Garcia 311 Article
My name is Dave, a European soccer enthusiast, I believe all leagues have their own charms. This is the reason why I have been watching and studying those less popular leagues for 20 years.
See More Article