Lorient will play against Troyes for the final round of France Ligue 1 at du Moustoir Stade.

Lorient
They tie with Bordeaux 0-0 in the last game. With such a key point, they achieved their objective of relegation. They are stress-free and aimless now. They are not in form, which have been winless for four matches. The last victory they have got was in April.

Troyes
Although they lose to Lens 1-3 in the last game, it makes no effect on their ranking. They are fifteenth at the table of the League, far away from relegation. They can not ignored as they took points from Lille and PSG. 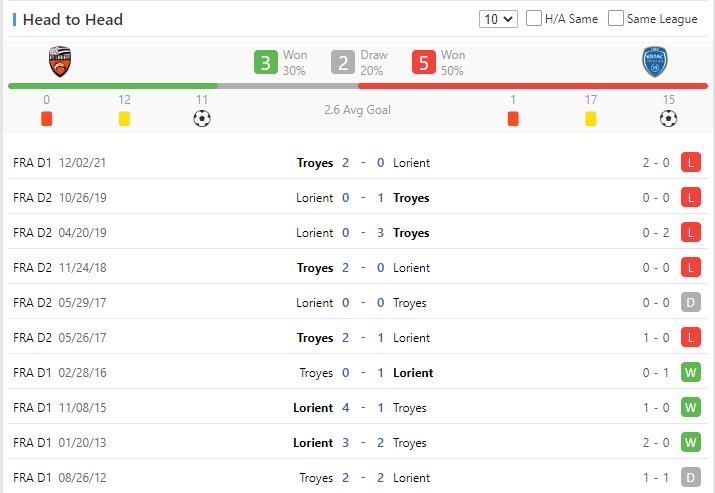 Verdict:
Troyes got 5W-2D-3L from Lorient in the past, which take the upper hand. But Lorient have home advantage. Both of them are unambitious now. So the result of the coming match is suggested to be a draw.

Football France Ligue 1 Troyes Lorient
(Disclaimer：Any views or opinions presented are solely those of the author and do not necessarily represent those of NowGoal. We disclaim any responsibility and accepts no liability for any direct or indirect loss or damage arising from any inaccuracies.)