On Sunday, Aston Villa will face Manchester City at Etihad Stadium in a Premier League match. 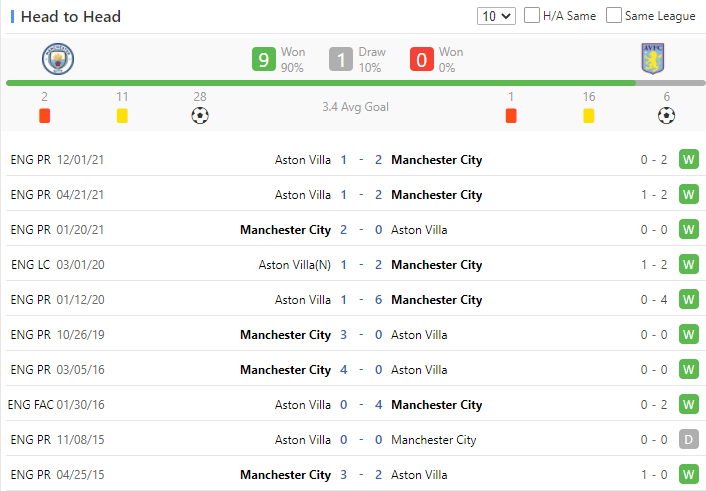 Aston Villa
Aston Villa had previously drawn 1-1 with Burnley in the Premier League. Steven Gerrard's man have scored eight goals in their past six games, averaging 1.33 goals per game. They have gone undefeated in their last two league away games.

Prediction
Aston Villa will have to play some fantastic football to score even one goal against a Manchester City side that have the capacity to control the game. When the final whistle blows, we believe Manchester City will have a comfortable victory.