Chelsea host Watford in a Premier League match at Stamford Bridge on Sunday.

Chelsea
Chelsea prepare for this match after a 1-1 tie against Leicester City. Chelsea's goal efforts have been rewarded seven times in their last six games. Five goals have been scored against them in the same games. They had not lost to Watford in the league in their previous five games coming into this meeting. 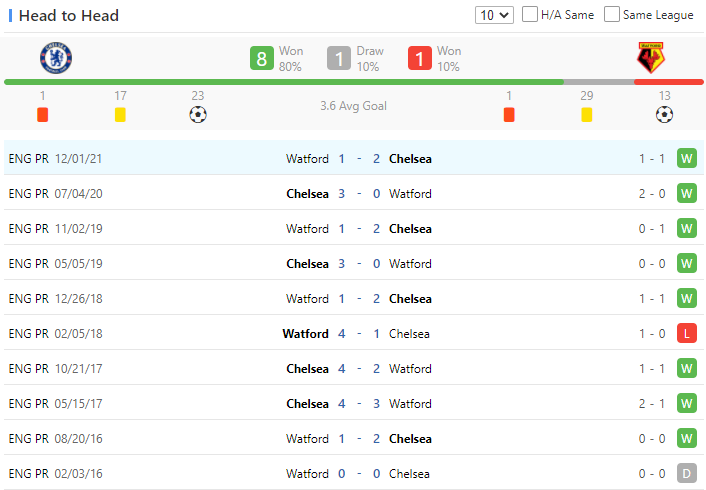 Watford
Watford will be hoping for a better outcome this time after losing their previous match against Leicester City. Watford have been outscored in five of their previous six games, with their opponents scoring 15 goals in total. They have gone three games without a win away from home in the Premier League.

Prediction
We believe Watford will produce enough opportunities to score against this Chelsea team in this match, but not nearly as many as they have scored against them previously. We believe both teams will score, with Chelsea prevailing by a comfortable margin.

Football English Premier League Watford Chelsea
(Disclaimer：Any views or opinions presented are solely those of the author and do not necessarily represent those of NowGoal. We disclaim any responsibility and accepts no liability for any direct or indirect loss or damage arising from any inaccuracies.)

Paul James 364 Article
Paul James is a soccer Expert, with his high accuracy predictions, he is often called as the Magic Man. He hopes to make the right picks for people with his knowledge. Believe it or not, it is always helpful to follow him.
See More Article