Arsenal hosts Everton in a Premier League match at Emirates Stadium on Sunday.

Arsenal
Arsenal will not want a recurrence of their last game, which ended in a 2-0 defeat to Newcastle United. Arsenal face Everton on the last day of the season, knowing that even a massive win over Frank Lampard's team will not be enough to guarantee a return to the Champions League. The team have gone undefeated in their last two league games at home. 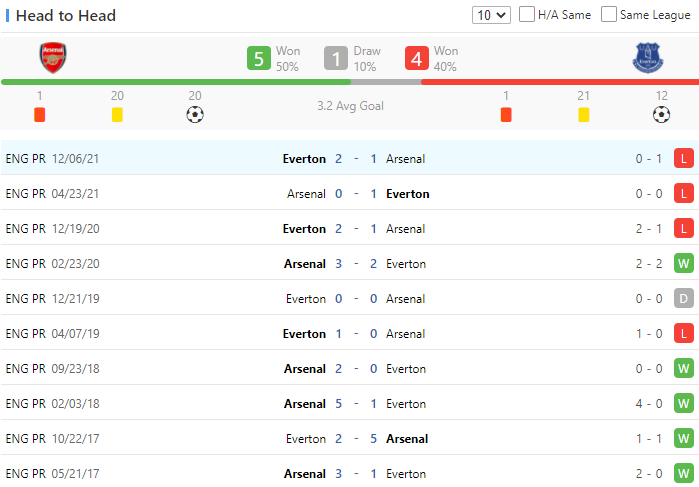 Everton
Everton are coming off a 3-2 victory against Crystal Palace in their previous encounter. Frank Lampard's Everton have scored eight goals in their last six games, averaging 1.33 goals per game. Everton are unbeaten in their past two league away matches before of this fixture.

Prediction
Everton should be able to score against Arsenal, albeit it is unlikely to be as many as they have scored against them previously. Everton's main weakness this season has been their away form, thus it looks safe to pick Arsenal here.

Football English Premier League Everton Arsenal
(Disclaimer：Any views or opinions presented are solely those of the author and do not necessarily represent those of NowGoal. We disclaim any responsibility and accepts no liability for any direct or indirect loss or damage arising from any inaccuracies.)