Zulte-Waregem
SV Zulte Waregem will be hoping for a better result following the 3-1 First Division A loss in their previous game against Cercle Brugge. Fixtures with SV Zulte Waregem have proved to be absorbing encounters of late with plenty of scoring anticipated. Over their past six games, the sum total of 20 goals have gone in for both teams combined (at an average of 3.33 goals per game) with 7 of these being chalked up by SV Zulte Waregem. 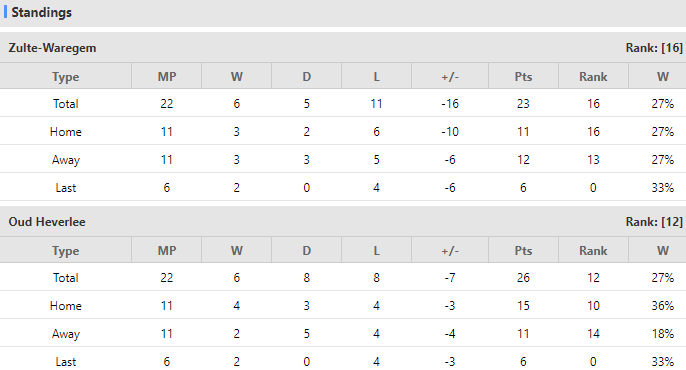 Verdict:
We believe that Oud-Heverlee Leuven and SV Zulte Waregem could both well score more than once here although it’s hard to see a clear-cut winner. Looks like a high-scoring draw might be possible, as we’re expecting it to be that close. Our tip is therefore for a hard-fought 2-2 score draw by the conclusion of the match.

Football Belgian Pro League Oud Heverlee Zulte-Waregem
(Disclaimer：Any views or opinions presented are solely those of the author and do not necessarily represent those of NowGoal. We disclaim any responsibility and accepts no liability for any direct or indirect loss or damage arising from any inaccuracies.)