The Eredivisie - Europa Play-offs semi-final match between FC Utrecht and Vitesse is set to take place on Thursday.

FC Utrecht
FC Utrecht will be looking for a better outcome after losing 3-0 to Willem II last time around. Utrecht had lost 11 of their previous 14 games overall, and they had only won twice at this venue since November of 2021. In 5 of their past 6 games, the team has failed to keep opponents from scoring, allowing 9 goals in the process. 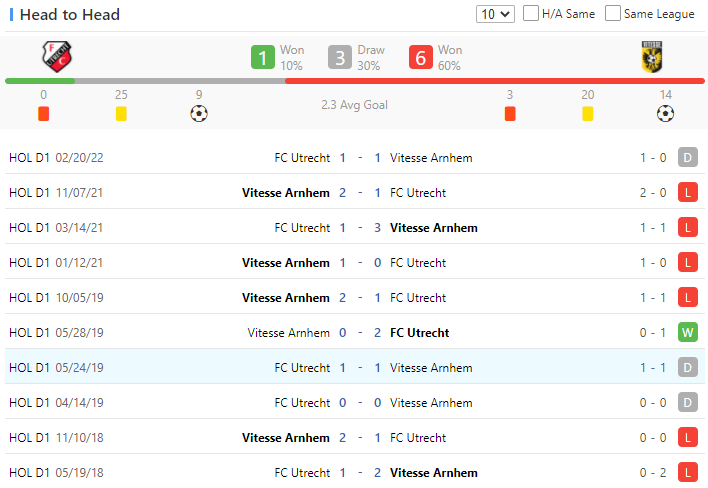 Prediction
The most recent meeting between them at this venue ended in a 1-1 tie. Both sides scored in five of the previous six meetings at this venue. Based on these findings and recent head-to-head scorecards, expect a high-scoring matchup between the two teams on Thursday.

Football Holland Eredivisie Vitesse Arnhem FC Utrecht
(Disclaimer：Any views or opinions presented are solely those of the author and do not necessarily represent those of NowGoal. We disclaim any responsibility and accepts no liability for any direct or indirect loss or damage arising from any inaccuracies.)