Hertha Berlin and Hamburger will fight for a seat for German Bundesliga next season at Olympic Stadium this week.

Hertha Berlin
In the last game, they lose to Borussia Dortmund 2-1, suffering a two-match losing streak. Such a losing streak makes them down to sixteenth at the table of Bundesliga and they have to play for relegation. There is bad news that Stevan Jovetic, Alexander Schwolow and Lee Dong Jun will be absent due to injuries.

Hamburger SV
Instead, they get a five-match winning streak and stay third in the League table, which shows their strong ambitions for the back to Bundesliga. They play well as the host this season, with more than a half of the winning percentage. 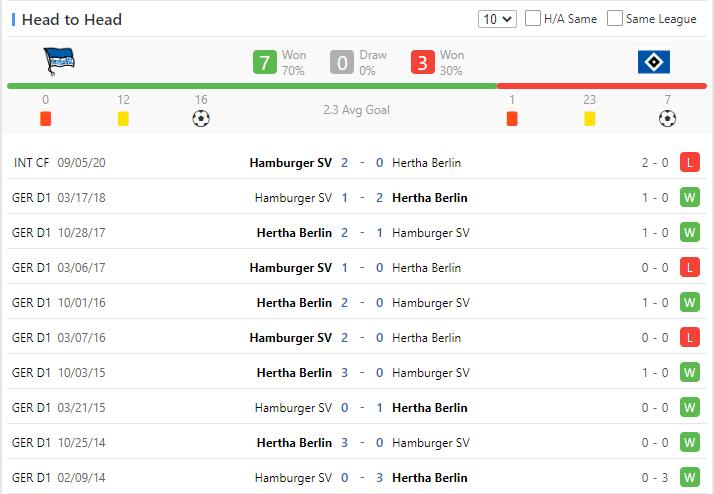 Verdict:
The last time they met was in International Friendly in 2020. Hamburger got a 2-0 clean sheet from Hertha Berlin at that time, which makes them have a psychological advantage. And Hertha Berlin are in the poor condition. So Hamburger tend to win in the coming match.

Football German Bundesliga 2 Hamburger SV Hertha Berlin
(Disclaimer：Any views or opinions presented are solely those of the author and do not necessarily represent those of NowGoal. We disclaim any responsibility and accepts no liability for any direct or indirect loss or damage arising from any inaccuracies.)